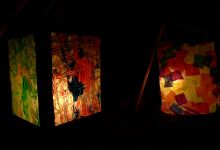 Yummy, tonight we are going to eat a goose – in memory of St. Martin of Tours. Never  hear about St. Martin? Martin of Tours was a French Roman soldier who later on became bishop. He is most famous for his… Read more › 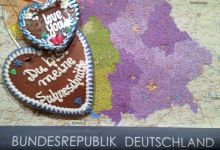 If you ask non-Germans about their picture of Germany they would probably say this: Oom-pah music, beer tent, Dirndl and Lederhosn. Unfortunately this is not representing Germany. All those things very well describe Bavaria. Some part of Bavaria. The southern part. I… Read more ›

Germany is diverse – in many different ways and areas. Food is one them. The pastry “Krapfen” in Bavaria is called “Pfannkuchen” in Berlin while the Berliner meat-burger “Bulette” is called “Fleischpflanzerl” in the south. What you get also depends… Read more ›