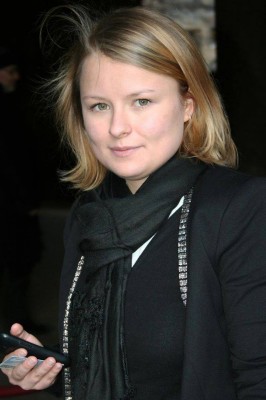 Today Onne tells about Christmas or the winter season in Estonia:

Winter holidays are one of the two main holiday seasons in Estonia (other one being Midsummer day) and are widely celebrated. Winter Holidays, however, are very seldom associated with Christianity and that’s also the reason I would avoid using the word Christmas when talking about the festive season. The Estonian word for the holiday is joulud – it has the same pre-christian / pagan origin as the world yuletide in Danish – which means Christmas time.

Nevertheless, several international trends have mixed with more traditional ones and an old man in red coat also brings presents to us. We don’t call him “Santa” or anything saint-like, but Jouluvana (Yule-old).

As elsewhere, we also bring home a tree – spruce is the traditional and most common one. Especially because of the lovely smell! As we have a lot of forests, it is still very common to have a real tree, rather than a plastic fake.

Kids living in the countryside might go out to the forest with their parents to bring home a tree. It’s quite common to pick a nice tree that happens to grow in a bad location – on a verge of a ditch or too close to the road etc. – so that good trees are not killed for two weeks of pleasure. Because we tend to use real trees, they are usually put up around the 20th of December so that they would last until early January. Once the spruce is in the house, it gets decorated with all the sparkly-shiny bulbs and things as in many other countries.

Traditionally it was a mischievous goat (a family member dressed as one) who would visit every family on the Yule Eve (24th of December). The Yule goat used to bring apples, pears, nuts, sweets, etc. as presents. To get any of these goodies, however, one had to answer some tricky questions or entertain the goat somehow. The Yule goat was also somewhat mischievous and would always carry a small whip and give a little punishment to kids who had not behaved over the past year. This was probably nothing serious, but one knew they had to earn their presents.

Even though the Yule goat doesn’t visit us anymore on Yule Eve and Jouluvana looks just like Santa, many of the Yule goat’s duties are carried out by Jouluvana nowadays.

He’s maybe a bit less mischievous and more like a caring granddad, but one still has to perform something to get presents. Most typically people just learn a couple of short winter themed poems to recite, but there are no restrictions – you can dance, sing, play an instrument etc. to get a present.

I have to admit though, that I’ve never seen someone been left without a present even though adults often fail to learn enough poems or songs and Jouluvana might frown a bit or even threaten with the whip. But a small kiss or a hug can also get that problem sorted.

We don’t tend to have one traditional pudding or a sweet, but we do make a lot of colored and decorated gingerbread biscuits and they are usually put on the table for just general snacking. Jouluvana als tends to bring loads of chocolate candies (or clementines in more healthy households) and this is what serves instead of a formal pudding.

Päkapikud are Jouluvana’s little helpers – like gnomes. They bring one or two candies every night from the beginning of December until Yule Eve. For a kid to get the candy, they obviously have to behave during the day, but also to leave one slipper on the window cill where the Päkapikud will leave the little present.

I think every kid has tried at least once to put all the shoes they have on the window cill in hope to have them all filled with candies  – only to discover in the morning that the Päkapikud don’t like greedy kids and have left them nothing this time. It is our version of an Advent Calendar.

Thanks Onne for sharing some Estonian Christmas traditions. I love the Päkapikud …. maybe something to introduce for next year. What do you guys think?